Tackling the issue of Mobile Phones at Theatres, one show-tune and soliloquy at a time…

We are delighted to announce the launch of the 2015 inaugural Cumberphone Campaign Annual Awards – “The Cumbies” – get your entry in today – self-nominations are now open! Full awards categories below.

Indeed we do. And so here it is.

We’d like to get the ball rolling now by enlisting all of you wonderful theatricals reading this to perform a line, portion, scene or song from your show (or a rival show perhaps) – with words suitably adjusted for the phone-addicted audience – post it online – on Twitter or Instagram or Facebook using #cumberphone – then nominate your fellow professionals to do the same.

It’s like the ice-bucket challenge, crossed with #15secondshakespeare – but less cold!

These are just the kind of videos we’d like to see all shows make and send out via email and text to audiences ahead of attending a show, to help encourage them not to use their phones during the performance – because brief (often faceless) pre-curtain announcements don’t seem to be doing the trick at the moment, do they?

But don’t let AvenueQ’s epic brilliance put you off – we’re just after some small ones for now to get the ball rolling. They can be rough and ready, in costume or not, they can be mere 10 second Vines or Snapchat rants, or they can be a 3 minute Kenneth Branagh Disney extravaganza. They can just be you on your own, a few of you in the dressing room, or the entire cast on stage during warm-up – whatever takes your fancy. There’s no limit on the number of entries per performer or show, so keep ’em coming – we just want to help get people talking.

We also welcome entries from the general public and theatre-lovers everywhere.

For further inspiration, check out these brilliant pre-screening shorts from the Alamo Drafthouse cinema chain in the U.S. – Hollywood’s finest doing doing their bit for the cause. We think the Michael Madsen Reservoir Dogs one is a peach!

Our Theatreland Mobiles Manifesto will be launching later in October – so hopefully we’ll have lots of your comic/tragic #cumberphone videos in before then to help kick things off with a smile.

The idea of having short, humorous, educational and irreverent films and performances before all shows is a key plank of the Cumberphone Campaign – so if you’re in a show or part of a company and want to make a short video, please get uploading today!

“The Cumbies” Awards will be annual, but (given just how prevalent those mobile phone intrusions are) there will plenty of chances to earn an Honourable Monthly Mention in some categories… 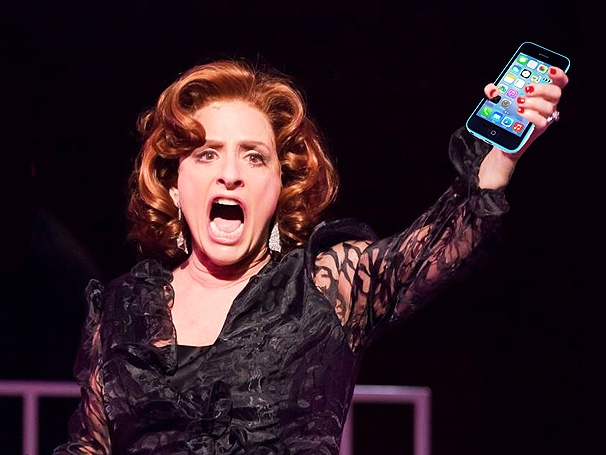 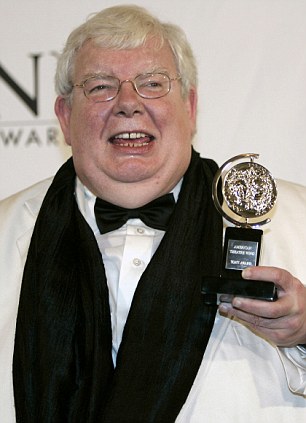 Statuettes – tbc – open competition for the best design, so come on Props, what’ve you got?

Venue – tbc – possibly outside the Barbican Stage Door, weather permitting. Failing that, I’m sure Cameron will be delighted to accommodate us somewhere plush.

Sponsors – tbc – TodayTix seem quite a lively marketing bunch though, don’t they? Perhaps EE would like to follow in the footsteps of those Orange ‘no-phones’ cinema ads (Kevin Bacon in doublet & hose, “To EE, or not EE”)? Perhaps the silence-obsessed Dyson or Toyota Auris Hybrid might like a bit of stardust sprinkled on them?

And in the U.S.A., we have the #LuPonePhone Campaign Awards – “The Ponies”

If all those wonderful performers are willing to strip naked for the good cause that is West End Bares, then surely we can pull this off too.

You can also get your “Twibbons” (a mini cumberphone logo to add to the corner of your Twitter profile to help spread the word) here – http://tinyurl.com/cumbertwibbon

You can read more info on the Cumberphone Campaign here.

Please let us know (via @cumberphone or on our Supporters page) of any other categories you feel are worthy of inclusion or if you’d be willing to become one of our Cumberphone Show Ambassadors.

You can watch good grace under fire from Hugh Jackman & Patti LuPone here:

And the Orange cinema ads here: 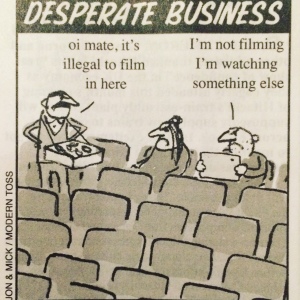 Join the alliance of actors & audiences in tackling mobile phones in theatres, one soliloquy & showtune at a time - www.CumberphoneCampaign.com
Another great cartoon from the latest issue of Private Eye. #Godot #cumberphone
Private Eye cartoon in latest issue #cumberphone